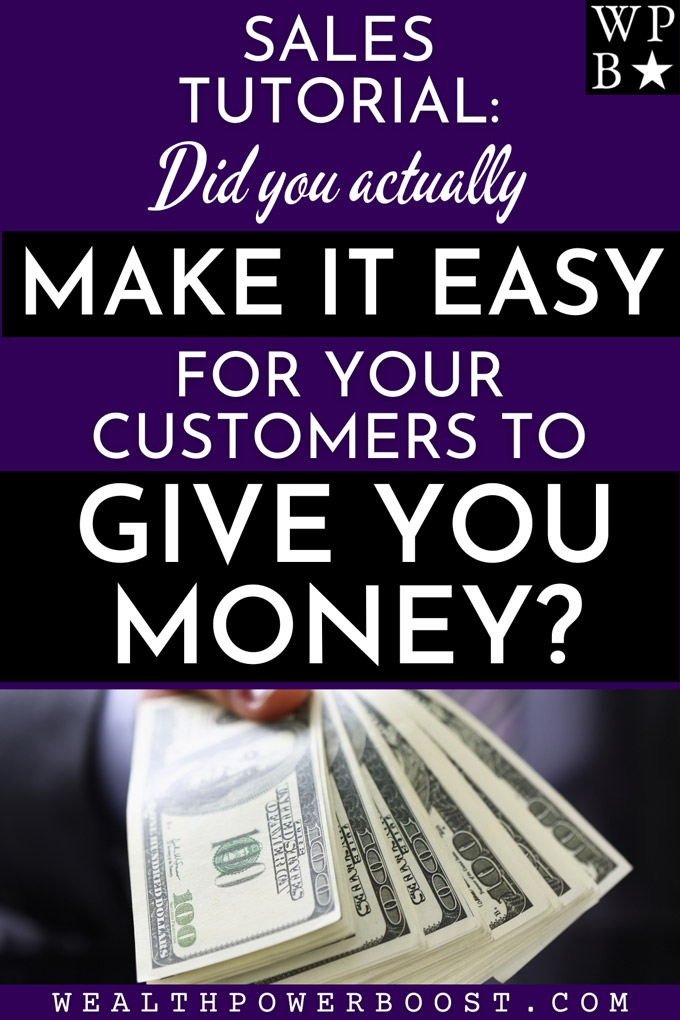 Not mentioning any names: I recently attempted to move my savings to a platform that offers fantastic interest rates for parking crypto assets (Stablecoins) with them.

I say attempted… because the process broke down and the company lost the deal after I had already decided I wanted in.

I was left CRINGING at their inability to take my money when I was literally trying to give it to them!

Here’s how the sale fell apart: I got bogged down in some technical details of the type of USDT protocol they were using for their crypto transfers. They were using ERC20 – and the crypto exchange that my funds were on can only send Omni.

I couldn’t figure out what I was supposed to do next (and I have an IQ of 147). But I’m the customer. Am I really supposed to be the one who has to figure out the technicalities of how to give them my money?

Now you would have thought that, as “this is what they do”, they would have been able to deal with this. I cannot be the only person who has had this issue and it’s not as though I was using some unheard-of protocol that hardly anyone uses. I should not have gotten stuck at the point of sale; that is a huge user experience fail on their part.

But stuff happens – and when stuff happens, you fix it – especially when someone is trying to give you a large sum of money. The worst part is that they didn’t even try to fix it. You would have thought it was in their interests to help solve my problem and close this deal.

A frustrating, painfully slow email support exchange followed… culminating in the following piece of advice from them… get this… for me to go to Google to figure it out.

Did you really just say that???

I was literally trying to give them money, saying please, take this sum of money (it was a large amount)… it’s yours…

And they sent me away. They dumped me back on the internet “high street”…

That is the sales equivalent of the customer there in front of them, with check book open, about to write a LARGE CHECK and then them sending the customer out the front door and telling them to go down the street until they find someone who can help them take the cap off the pen!

At the point of sale!!

Do they think that they have no competitors or something? Literally stunned…

Let’s cut to the point here: Your #1 GOAL as a business – no matter what kind of business – is to collect people’s money. Them handing you money is the number one single most important goal that your business has. End of!

Just like the famous line Matthew McConnaughey delivered in The Wolf of Wall Street:

“Name of the game? Move the money from your client’s pocket into your pocket.”

A mission critical part of this goal is to make it as easy as possible for that objective to happen. It’s literally your job to remove all the obstacles between the client’s pocket and yours.

You want their journey to handing you money to be as smooth as ice cream. As smooth as… a ride in a Rolls Royce that ends with the door being opened for them, a salute from the driver, they then step on a red carpet and walk right in through the front door which is also held open for them, they get greeted with a warm smile, offered a chair, offered a drink, handed the pen that they are going to sign with, shown exactly where to sign and BOOM.

That’s EXACTLY how EASY, ENJOYABLE and SMOOTH you should be making the buying process!!

If you are making it any harder than that for your customers to hand you money, you are FAILING.

They should not have to open the door for themselves, ask for a pen or be sitting there wondering where to sign.

There should be no bumps in the road!

Once the customer has made that decision in their mind: “I want it”… the goal is right in front of you and all you have to do is kick the football into the net!

If there is any obstacle whatsoever, some technical hurdle or other, in between them opening their wallet and the money hitting your bank account, you better solve that RIGHT NOW.

Because THAT is sales.

ANY obstacle in between the customers money and you needs to be removed by you – not by them!

At the moment that a buying decision has been made, when the customer is “white hot”… your goal is to make the process as EFFORTLESS, ENJOYABLE, UNENCUMBERED, PAINLESS, HASSLE FREE, SMOOTH and SWIFT as possible. If there is some bump in the road that makes them pull up and think “Ok, what is this thing I have to do now?” Or “Oh, this is actually more complicated than I thought”… no no no!! You cannot afford that!

You must understand that most of the time, buyers are only white hot for a moment. They cool down later.

When the buying temperature is high, CLOSE THE DEAL.

Sales professionals will back me up in this. It’s part of the training. It’s called the art of closing.

Novices think that selling is about making a presentation of what you have to offer, putting it in front of people and getting them to the point where they think “I want it”.

Yes, that’s part of it. But the close is mission critical; because an awful lot can happen in between the customer deciding in their mind that they are in, and the money clearing in your account.

And it’s all on you. If you push the customer away and tell them to try to find the answer to how to convert their funds into the format that you need them to be in, in order for you to get paid… they might just go find someone who is actually willing to solve their problem.

If someone comes along with cash money and wants to give it to you, FFS don’t send them back to Google to figure out whatever hoop they need to jump through to hand you cash. Fix that crap for them LIKE YESTERDAY and do it with a smile, a free drink and a comfy chair. 🙂

15 Jobs That Will Thrive in the Future (Despite A.I.)

12 Industries That Will Experience Massive Growth In The Next Decade