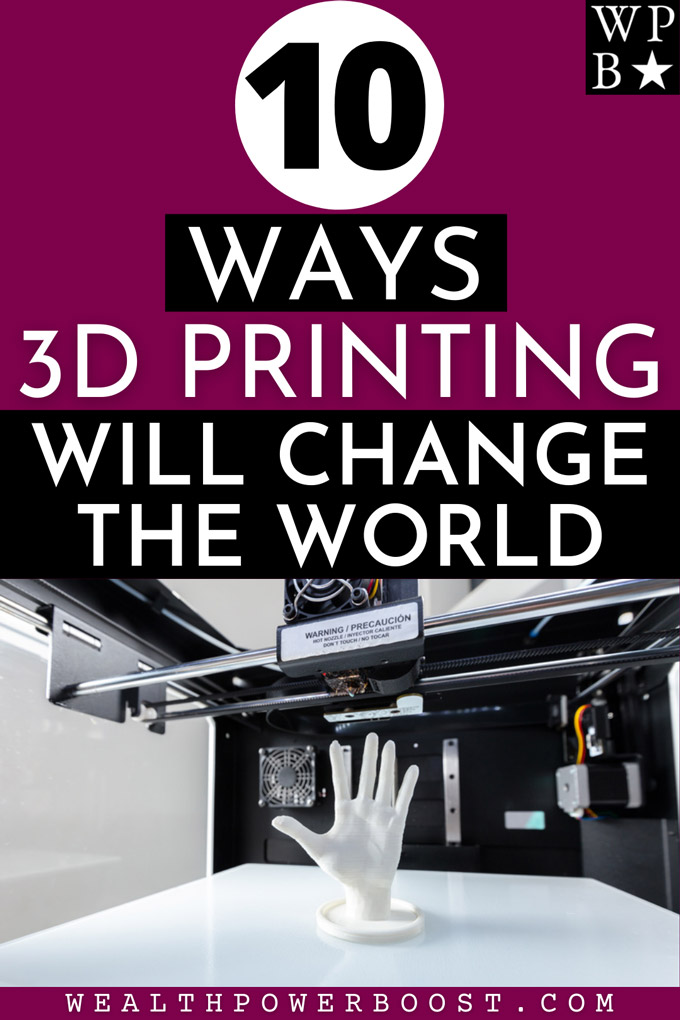 Back in February 2011, The Economist magazine published a famous article called “Print me a Stradivarius” which reported on the idea of printing objects using a process now known as additive manufacturing. [1] The concept of prototyping designs using a printer seemed extraordinary back then. Now, 3D printing has come a long way and has emerged as a promising tool for making customized and complex items such as false teeth, car parts, jewelry, and ceramics.

The hype over 3D printing is not something new. 3D printing, also known as additive manufacturing, which involves printing materials in layers to make an object from a programmed 3D digital drawing, has been around since the 80’s. [2] There are however many recent developments that highlight the potential of this technology to change the world. The far-reaching potential of additive manufacturing is already starting to disrupt important industries such as education, construction, manufacturing and aerospace.

In 2014, Dutch designers put the additive manufacturing process to test by 3D-printing a house. According to the people involved in the project, 3D printing could revolutionize how we make cities. They described the building industry as one of the most polluting industries and cited the benefits offered by 3D printing to the sector including zero waste, reduced transportation costs, and recyclable materials. [3]

A hospital in Sudan uses a 3D printer to create prosthetics that cost less than the conventional ones. Doctors around the world are hoping that 3D printing technologies could help the millions of people who are in need of artificial limbs and braces. The newly popularized technology resulted in the democratization of prosthetic design and creation.

You can use 3D printers to produce replacement parts for everyday objects. This saves you from going to the store to get a replacement or purchase online for a part that will take days or weeks to arrive at your home. Many 3D printing websites offer blueprints to replacement parts that are free for download. This will enable more household-level production of some things.

Most plastics available in the market are non-biodegradable and end up as waste, posing a threat to the environment. Additive manufacturing utilizes filaments which can be made from recycled plastics. Coca-Cola’s Ekocycle initiative collaborated with 3D Systems and music artist will.i.am to develop the Ekocycle Cube, a printer that only accepts recycled plastics. [4]

The decrease in price and size of 3D printers paved the way for the incorporation of the technology in the classroom setting. There are several advantages that education can reap from integrating 3D printing into their curriculum including improved learning methods, new learning materials and aids, and enhanced student learning.

The 3D printer has many applications in the classroom including printing out molecules in chemistry, production of replacement car parts in automotive class, designing intricate molds for pastries in cooking class, printing out historic artifacts in geography and archaeology classes, and creating 3D versions of artworks by graphic design students.

3D printing is slowly becoming prevalent in the design and production of clothing, accessories, shoes, and more. Many companies involved in this industry have factories that are based in developing countries to reduce production costs. Soon, they could build factories equipped with mass production 3D printers without moving jobs to other countries.
German sportswear company Adidas partnered with Silicon Valley startup Carbon to produce the midsole of a new line of shoes. Adidas will be utilizing Carbon’s unique additive manufacturing technology to produce a line of shoes at the scale of 100,000 pairs by the end of 2018.

7. You Can Print Food Instead of Buying

3D printed pizza? You bet! There are now machines that can be used to print out foods such as candies, chocolates, and even a pizza. 3D Systems has developed a printer that can print chocolates and candies in complex shapes. Another company called Natural Machines designed the Foodini printer which can print out pizzas and ravioli.

8. Fabrication of Nano and Micro Structures

Researchers from Harvard University designed and 3D-printed a lithium-ion battery that is the size of a single grain of sand. This kind of battery could be used to power miniature medical devices, tiny robots, and compact electronics. [5] The Harvard study forwards the value of 3D nano-printing to rapid prototyping of micro and nano structures.

Wolfprint 3D, an Estonian company, offers a 3D imaging machine that allows expectant mothers to create 3D models of their unborn babies. Pirate3D, a California-company, has made possible for blind and visually impaired people to see photographs via an affordable home printer called Buccaneer.

Aircraft manufacturers are now using 3D-printed components to make their planes lighter and stronger. In 2012, Airbus used 3D printer to produce removable brackets needed to place between the aircraft’s systems and structure. The American company saved an average of 44 days on the bracket supply lead time after producing 1,300 parts in fourteen months.

15 Ways To Make One MILLION Dollars