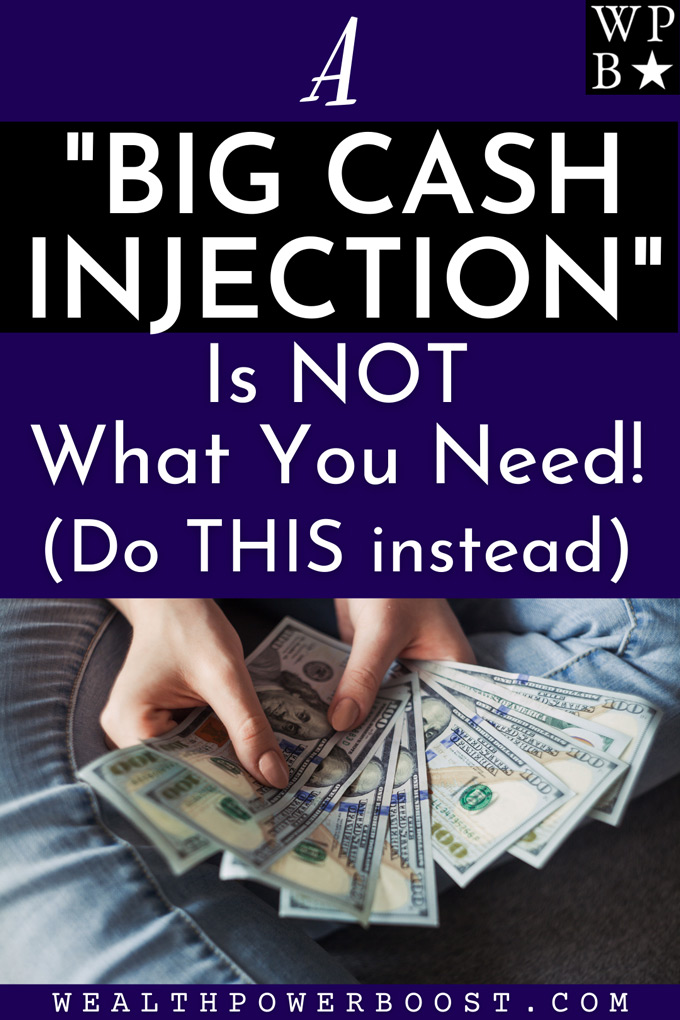 “Excellence is an art won by training and habituation. We do not act rightly because we have virtue or excellence, but we rather have those because we have acted rightly. We are what we repeatedly do. Excellence, then, is not an act but a habit.” — Aristotle.

“A lot of banks and financial planners will tell you… that net worth is the deciding factor to becoming rich. But it isn’t… Cashflow is what determines whether or not you are rich, and more importantly whether or not you are financially secure…. Financial freedom is achieved when your passive income is greater than your expenses…” — Ryan McLean, Wealth Academy.

One of the most monumental – and most common – mistakes in the world of wealth is to think that a big enough “fix” of cash will make you rich.

IT WON’T. Please trust me on this. Well, it’s not so much about trust. It’s about understanding.

The ONLY way to stop working and continue to be rich, is if you have set up asset systems which will continue to generate revenue and enable you to continue to earn more than you spend.

If you are not continuing to earn more than you spend, you are becoming poor.

As Machiavelli famously said “strong foundations are required to hold that which fortune has delivered.”

Some spend their entire lives pursuing the “phantom wealth” of the big jackpot, the “cash pile mirage” – instead of spending their time patiently developing the skills, knowledge and other “inner assets” that will enable them to become wealth generators.

But let’s say that a minority of these actually do manage to land that big cash jackpot they were after.

They take their foot off the gas (if it was even on the gas in the first place!)

They stop earning money and they start spending it.

And then they keep on spending it. It starts shrinking – fast (but who cares, right?)

But it still shrinks. It’s too late. It was already too late before the money arrived!

It keeps on shrinking… until…. *puff*

Where did it all go?? How can this have happened??

It’s because this always happens.

The reason… is that despite getting money, they never became “profitable people”.

From the very moment after hitting the jackpot, they started spending more than they earned.

They were becoming poor!

Wealth is determined not by the “amount you have” but by the direction wealth is flowing in.

One anomalous event (a jackpot) doesn’t change the overall direction of flow. It merely magnifies it!

Devoting your time and efforts into creating value and acquiring / managing assets is what you need.

A good business will attract more money to itself.

This is the real reason why “the rich get richer”. They have disposable resources because they have developed the foundations of skills, knowledge, abilities, alliances and systems needed to generate sustained profit.

Not only this – but one of the key traits which can be observed in the truly wealthy is that they are more enthusiastic about making money than about spending it. Their businesses are their passion. That’s not a coincidence!

To them, the making of money is a hobby, an adventure… an art form. Take 90+ year old multi-billionaire Warren Buffett for example – if he wanted to, he could easily retire in ultimate luxury and leisure – but he is far more interested in doing deals, shaping the future and being part of the action.

Astonishingly, his 2019 Q3 was reported to be a record-breaker. Bloomberg wrote “Now he faces the rare issue where he can write a single check for $10 billion and face questions on whether he’s being aggressive enough.”

Business excites and motivates him far more than fast cars and cocktails. He was still CEO at 89… now that’s drive! Combined with all his other skills, knowledge and strategy – no wonder he’s spectacularly rich.

Sustained Profitability Is Better Than A Windfall

So think on this concept – in order to be rich, you have to continue to be profitable. Not just until the point where you “have a stack” – but for the rest of your life. Think deeply about that, and what it actually entails. Meditate on it. Absorb it.

One of the greatest challenges of continuing to earn more than you spend is that you need to develop systems of sustained revenue that keep paying you even after you have stopped working.

If you can make sustained profitability your mindset, and then go out and make it happen, you will find yourself on the true path to wealth.

The 5 Types of OVERSPENDERS – Which One Are You?

15 IMPORTANT Things To Do If You Get Rich Suddenly