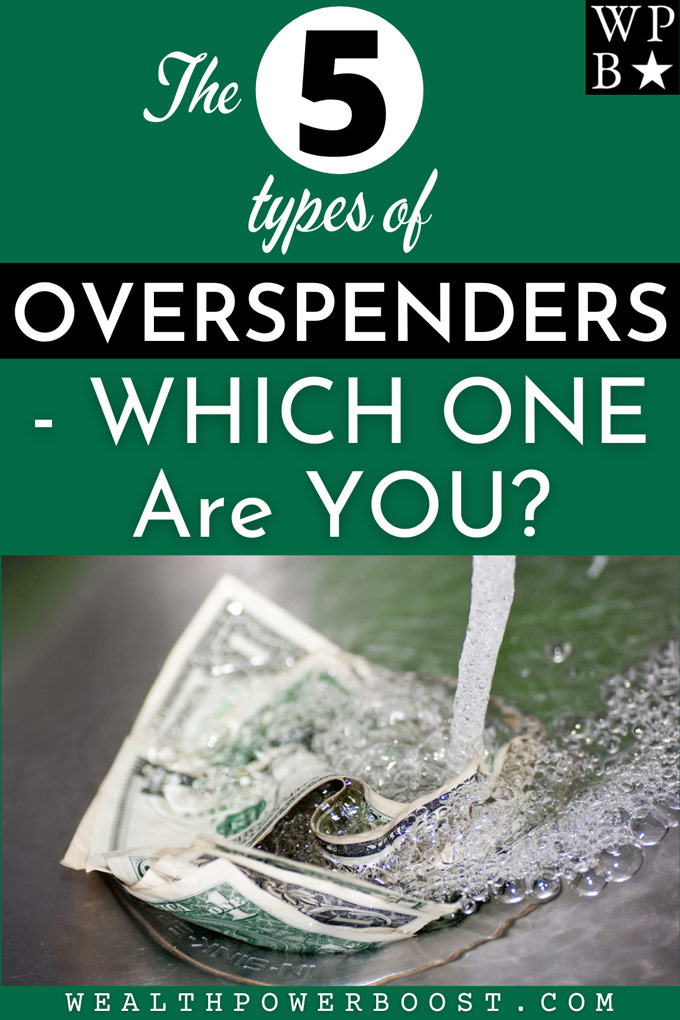 In 2017 Northwestern Mutual published a Planning and Progress Study [1] which offered a startling picture of the state of debt in the U.S. The report revealed that 75% of Americans struggle with debt while almost half of the country’s population spends up to 50% of their monthly income on debt payments.

These are some crazy numbers – and it’s probably not improving! The report highlights that there is indeed a growing reliance on debt to fund not only “necessary” expenses of housing and healthcare, but personal expenses, education, transportation, shopping sprees and even food!

This is a huge problem.

If you belong to the millions who spend a significant portion of their income paying creditors and are not making any meaningful dent in their debt balances, it is somewhat likely that you got into this position because you are an overspender. I’ve done it too and I know just how easy it is to rack up debt – so no judgement. But fixing the overspending is one of the important steps to financial recovery and understanding how this happens is of course vital. It’s been found that overspending generally falls into one of five categories.

Which type of overspender are you? The odds are high that you’ll recognize yourself as one of the following:

These consumers are preoccupied by having an appearance of success and prosperity. As a result, they choose fancy restaurants, drive the flashiest cars they can obtain and purchase the latest items from designer brands. Items that merely fulfill a useful function are frowned upon; it has to be stylish! Image spenders want to project themselves as uber-successful by displaying the most expensive clothes, bags, and shoes and be seen traveling to places where their fellow overspenders frequently go to. Note the emphasis on being seen; it’s easy to observe that these habits have been fueled enormously by “Instagram culture” and the rise of “flexing” – showing off of financial status.

Image spenders very often have a “burn rate” that exceeds their income and leads to catastrophic debt. A typical scenario is that a flush of business success leads to an “image makeover” – however the increased burn rate becomes the default mode, leading to financial problems after the rise and fall of the income. Remember that every business has a rise and a fall.

This type of purchasing has become especially prevalent now that purchasing decisions can be as simple as a couple of clicks. This type of spender is characterized by frequent buying of unnecessary items, sometimes even before bills have been paid. A characteristic hallmark is that they will end up with stacks of consumer goods that have remained unused, with the tags still on them an in extreme cases, not even unboxed. An extreme addiction to impulsive purchasing is actually classified (like just about everything nowadays) as a mental disorder and a form of addiction. [2] It can cross over with hoarding – and people who are into compulsive hoarding are very likely also spending compulsively, which is common in our materialistic culture.

A useful counter to this tendency is to forbid yourself to buy anything instantly unless it is absolutely essential. Put it in the cart and then come back to it no less than 24 hours later, perhaps even a week. You’ll find that much of what you put in the cart you are now less interested in and can happily remove.

These people always wanted to get the deal while taking the seller down. There is a perception of having “done well”, but this type of spender does not really consider that the best bargain of all is spending nothing, which is a 100% discount. The negotiation process with sellers and / or the search for bargains gives a dopamine reward which is exciting and addictive.

They routinely overspend on the best presents for their family members or friends, from new toys and designer clothes to expensive restaurant meals and high-end wines. Overspending for these people is a way to please others or make them likable – however it is a form of over-compensation for absenteeism. They throw away money to win acceptance, approval or even love at any cost.

They are high-earning individuals who get rid of their money through spending until they are broke. They gain satisfaction from returning to a broke state. However, they feel ashamed when they look back on their decisions… and the cycle starts again.

If you recognize yourself in any of the types of overspenders above, it is not too late to change. Here are ways to improve your spending habits.

• Make payments on time to improve your credit score and avoid mounting fees and interests.

• Create a household budget listing on how much money you earn monthly and how much you can afford to spend.

• Assess your need when shopping by including only those things that matter most. Festive seasons mean high discounts, but they might not always be in the customer’s interest.

• Retrain your habits to purchase assets (things that earn money) instead of liabilities (things that continue to cost money) or stuff (non-essential items).

There is no free money – and remind yourself that “Buy Now Pay Later” means that you will PAY later. Get that concept embedded and it will be so much for the better.

5 Strategies To Become A MILLIONAIRE While Working For Someone Else